You’re Looking for Evidence for Whatever You Believe

Cognitive Dissonance is holding you back

Have you ever heard the term “Cognitive Dissonance”?

It is the theory proposed by Social Psychologist Leon Festinger in 1957.

According to the theory, individuals prefer for their ideas to be consistent with each other, or “in agreement with” what they already believe at a cognitive level.

“Dissonance” is the mental distress individuals experience when their idea is in conflict with new information.

So what happens when we get new information that we don’t agree with?

We often omit it because we have such a strong tie to what we already think — and we DON’T like that to be challenged.

I find Franz Fanon’s insight on this topic very enlightening:

“Sometimes people hold a core belief that is very strong. When they are presented with evidence that works against that belief, the new evidence cannot be accepted. It would create a feeling that is extremely uncomfortable, called cognitive dissonance. And because it is so important to protect the core belief, they will rationalize, ignore and even deny anything that doesn’t fit in with the core belief.” — Franz Fanon

We hold on so tightly to our beliefs and will do almost anything to protect them.

I write about this today because I struggled with this for a long time.

I held such deep-seated beliefs about myself and the world and I couldn’t see past them.

I believed the negative — that I wasn’t enough in SO many ways.

Those thoughts didn’t do me any good and I held onto them anyway.

Because I wanted to stay comfortable!

So whenever someone came along and told me I was enough, I balked at it. I threw it away. I let it go in one ear and out the other.

The information didn’t compute, so I DELETED it.

Cognitive Dissonance took over and I felt so uncomfortable with anything that challenged what I believed.

I did not accept anything except my own internal compass and the direction it was pointing me in.

Staying safe in my own bubble of negative beliefs RULED over being happy.

Dr. Phil is known for asking a very famous question:

I wanted to be right — actually we ALL do.

It is one of the biggest addictions in the world today — we will literally fight to the death to BE RIGHT.

Judith Glaser, author of the book “Conversational Intelligence,” explains that, similar to other addictions, being hooked on needing to be right is based on a chemical response in our brains.

“It makes us feel good, and we want to do it more. If we don’t feel good, we want to do it less, and with addictions we keep getting reinforced. It’s all chemical. If we look inside the brain, we get to see what’s happening, and adrenaline and dopamine are things we crave. But most people don’t realize this is what’s going on in their head.”

We get addicted to the chemical responses.

So when do we shift our perspective, deciding we want to be happy?

For me, it was when the pain was so deep that I knew something needed to change if I was going to survive.

And I mean survive.

To THRIVE was on a whole other level.

So I started researching happiness. “How could I be truly happy with myself and the life I was living?”

Many years of therapy, self-help books, church services and personal development seminars led me to understand that I didn’t NEED to be right.

Actually, being “right” was holding me back.

All I was doing was looking for evidence that supported my deep seated negative beliefs — and if I kept doing that I was NEVER going to be happy.

I challenged myself to hear a different voice — one of positivity that served me, instead of the negative one that didn’t.

First, I spoke to myself differently. This was a very important step.

When the positive self-talk got a bit louder, I expected others to treat me the same.

I changed the way I looked at myself and then I changed.

I blossomed into a woman who started to KNOW her worth, see what she had to offer and live a life where she EXPECTED to be treated well.

When I began to think POSITIVELY about myself, I looked for NEW evidence to support my NEW beliefs.

I was no longer in “dissonance”, or inner turmoil, around my negative beliefs being challenged.

It still took time to stop wavering between the two beliefs about myself AND eventually I got there.

Even though it took years to fully transform, it was completely worth the time and energy to actually be happy with who I was.

Are you holding yourself back by looking for evidence to support the negative beliefs you have about yourself?

Do you find yourself believing what people say about you — especially the words that don’t serve you in a forward-moving way?

Are your thoughts being reinforced by the “proof” you’re gathering in order to be right about yourself?

Change how you speak to yourself and be RIGHT about the thoughts that actually serve you.

Step into a new belief system and go through the struggle of Cognitive Dissonance until you believe in the positive.

It may not always be easy, however it is SO worth it.

And so are you! 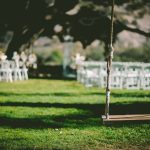 How to Contribute as a Wedding BystanderUncategorised

Is it “TRUE Love” or “FISH Love”?Uncategorised