How to Break Free from the ‘Act’ that Binds You

Do you have an ‘act’? My guess would be that you do. Many of us go through life with an ‘act’, which allows us to wear a mask that keeps us feeling protected and worthy. We can have more than one, however I find that there is usually a predominant act that we choose into every day. We get up in the morning and put on our mask, dress up in our well-practiced façade, and go about our day.

Simply put, this disguise allows us to be safe, untouchable, respected and loved — or at least we believe it does. It could look many different ways, however here are a few examples of acts I have been in contact with recently. They are not overt, but you can often see them very clearly when they come from another person. Maybe you can relate to one of these:

“I try to be invisible so that others don’t see me.”

“I am confident and able, therefore others will respect me.”

“I have so much knowledge and am extremely smart so others have no choice but to look up to me.”

“I will constantly complain and because of this people will feel sorry for me and I won’t need to take any extra responsibility.”

“If I appear very busy and important, others will see me as superior.”

“I have a beautiful home, car and family and because I do, others will want to be around me.”

“If I’m strong and tough nobody will be able to see how weak I am inside.”

Maybe yours is different and maybe you caught a glimpse of it as you read through the examples above. Personally, I recently discovered that for decades my act has been “appearing put together”. I believed that being put together meant others would love me. “There’s no reason for them not to,” I thought. If I’m smart, capable and positive, why would people ever leave me?!

I saw sharing problems and issues as a weakness. I thought that if I came across as negative and told others that I was struggling, I would turn them off and they would find other people to spend time with. If I showed my true colors and people REALLY knew me, they might not want to be around me.

I believed at the core that people wanted friends who were positive, giving and close to perfect all the time.

Because of this façade, I kept many things close to my chest. I avoided sharing too much, and this resulted in an act that showed people that I was distant, cold and protected. I was not willing to let my guard down and be vulnerable. I was so afraid of what people would think of me — that ultimately, they would choose out.

The fear of truly being seen held me back — A LOT.

The truth is, I was hiding a part of myself from others behind a wall of safety that I didn’t want them to penetrate. No wonder people didn’t feel really close to me — I always kept them at a slight distance to keep myself safe. I wasn’t even aware of it for decades — it was hidden from plain sight, and it became my blind spot.

I believe I kept it hidden because I didn’t want to face the things that were buried so deeply.

I was shutting off a part of myself that was hurting. It had been buried for so long, and instead of digging it up I functioned quite well with my ‘act’ instead. I had friends, a good life, a solid job and a family that loved me.

But was I really happy? My first answer would’ve been ‘yes’ — in a false kind of way. The truth is I wasn’t authentically happy at all — I just pretended I was.

My authentic self, in all it’s pain and glory, needed to be seen — both by me and by others. In order to truly connect with myself and with other human beings, I needed to be transparent and authentic. Gulp!

It wasn’t until recently that a mentor and friend started pointing my façade out to me that I realized it was even there. She seemed to see that deep part of me and wanted to explore it more. I wanted to hide and protect it at all costs. There was perceived danger in her seeing this part of me — I thought she would leave.

She kept poking and prodding, and with her help I began to look deeper. I started to see what I had been hiding for so long.

I discovered sadness, turmoil, devastation and hurt from the past that I had concealed for decades. It wasn’t what I wanted to see — and it was there. I had no idea how I going to embrace it, let alone get it out. A big part of me still wanted to keep it hidden.

Now that I knew that this bottled-up mess existed, I felt confident that I could deal with it on my own. Did I really need to share it with others?

I was afraid, and I knew that actually allowing it to come to the surface could result in circumstances I didn’t like. I might get angry or sad or show up in a way that would make people back off. I was truly scared of what the removal of my mask would actually reveal.

Well I quickly learned that my ‘act’ might’ve been a blind spot to me, but it wasn’t to others. People could see it written all over me. I got more and more feedback and realized that this part that I had hidden for so long wasn’t really hidden at all.

People couldn’t quite articulate what the issue was, but they knew something wasn’t lining up. They didn’t feel that I was authentic. They felt I had walls up and they often became uncomfortable around me. They didn’t feel that I truly embraced or loved them. The truth was, I didn’t. I was so concerned about what they thought of me that I wasn’t really loving them. Can you relate to this at all?

People could see that I was wearing a mask — they saw it so much more than I did. Once I began to dig deep, I knew that as scary as it felt, it HAD to be removed.

So I slowly began taking off the mask. At first it lifted only when I was with people I trusted. Eventually I could take it off more and more with people I didn’t know at all.

The secrets I’d been hiding for so long came out. These secrets had been holding me hostage. There was a struggle with this removal of the mask. I faced many fears and shed several tears.

Eventually it became easier to show people who I really was — the authentic me. The me that had struggles. The me that didn’t always agree with others. The me that got angry sometimes. The me that was capable of loving others to such a high degree that it left me open to rejection.

I chose into showing all of it — and owning it, knowing it’s a huge part of what’s molded me into who I am today.

Others’ reactions were nothing like I thought they would be. Instead of moving away from me, people moved in closer. Instead of feeling weak and filled with anxiety, there was a release of freedom. I felt like I could be transparent, knowing I would still be loved.

I began to care less about the opinions of others and focused much more on what I thought of myself and the way I was showing up. I used the gauge of authenticity to measure myself and I chose to live from a place of love vs fear. For so long I had been afraid of what others would think and the freedom that came from being the real me allowed me to let go of those opinions.

If you did a personal inventory, would you say you were living your life from a place of LOVE or a place of FEAR?

I have had so many amazing breakthroughs since I chose into love — to trust, let go and be seen. I can honestly say that I love myself so much more now that I’ve let down my guard. I have begun to see vulnerability as a strength and I have nothing to hide.

I know that vulnerability means that others could possibly hurt me, but only if I give them that authority. Because I love myself so much more, I don’t give people the power to hurt me that way. If they don’t respond positively to me, I know I am already filled up with enough love to handle it.

Their opinion of me has nothing to do with me anyway — I’m just a mirror being held up to their own stuff.

I choose my close relationships wisely and I know that I don’t have to reveal every single thing that’s going on inside me. The freedom is in the willingness to surrender to all my flaws, knowing that I could share them if I felt the time was right. I also know that I’m much more relatable because of them, and that deepens my relationships.

I’ve spent a lot of time asking myself these questions, and now I’m asking you.

Are you living in fear?

Are you putting on a mask to cover up what’s really going on?

Are you acting in ways that aren’t truly authentic?

Are you putting on a facade so that others will respond to you in a certain way?

Are you looking for love from the outside world, hoping the way you show up will result in that love coming your way?

I know from experience what it’s like to be in that place of captivity and when freedom comes, it opens up a whole new world.

My encouragement to you is to be a detective in your own life. Where are you putting on an ‘act’ so that you will be respected, loved, approved of or seen in a certain way? In my experience, it can be a blind spot for many, so it may require Sherlock-like detective skills!

Once you discover your ‘act’ will you be brave enough to let your guard down and be the authentic you?

It can be scary, and in my experience, it’s totally worth it! Now that I can be open about all my mistakes, faults, strengths and achievements, I can really celebrate ME!

And the best part is, people relate to me better now than ever before. I see that we all have stuff we’re afraid to share with others.

When we are open and vulnerable with others we create the space for them to be the same way with us.

I call that FREEDOM! 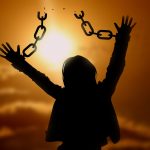 How to Take Your Power Back After Being a VictimUncategorised 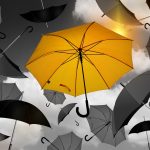 What Simple Quality Can Help You Live a Better Life?Uncategorised