STOP Rescuing Everyone Else!

Do you put OTHER PEOPLE first?

Not just sometimes, but nearly ALL the time?

Are you filled up by being selfless and kind to others — even when it means you may suffer for it?

Do you rescue people who are struggling so that you feel needed and wanted, only to find yourself drained?

I know I have!

There have been countless times I’ve put OTHER PEOPLE first in my life and ME second.

For so long I saw this as an unselfish act — a way to pour into others so I could make a difference in the world.

What I realized is that when I was focusing on them — putting them first, pouring into them, making sure they were okay, etc. I was NOT filling myself up.

Sure, giving of ourselves can be a great way to feel joy, however if we do it at the expense of meeting our own needs it can get tiring, and emptiness can set in.

In the past, this eventually led to me feeling depleted and resentful because I had given so much and hadn’t received much in return.

I realize that giving a gift is something we would be best to do without expectation, however if we don’t give from a full place within, we are cheating ourselves and everybody else.

Eventually we will have to stop giving because we are running on empty.

And when you’re running on empty, the only way to get moving at a good pace again is to fill up.

I don’t know about you, but there have often been times when I haven’t known when to stop.

I would just keep giving and giving, depleting more and more, until there was nothing left.

I would end up feeling sad, resentful and in a place where I needed severe recharging.

So I started looking into putting myself first and what that really meant.

How could I do that and still give to others at the same time?

Sometimes You’ll Need To Kick Someone Away

In life and death situations, professionals are taught to ALWAYS TAKE CARE OF THEMSELVES FIRST before helping another person.

This applies when they see a person struggling and want to reach out to them.

It is when someone is actually in a situation where they MIGHT DIE and professionals are still told to PUT THEMSELVES FIRST.

They are told that they can’t rescue anyone else if they are not in a place of strength.

For example, lifeguards are taught that when they see a person drowning they absolutely need to make sure that they are in the right place mentally, emotionally and physically to rescue the other person.

They are taught to ONLY rescue that individual if a rescue tube is present.

Lifeguards are told to come from behind and support the person. If the person being rescued is pulling them down into the water and they are afraid that they might drown, they literally have to kick the other person off so that they do not go down with them.

It would be pretty intense to be in the middle of rescuing somebody who you know might die and you literally need to kick away from them you so that you can save yourself.

Is this selfish? Of course not.

We may feel guilty rescuing ourselves and not the other individual, however it is absolutely the right thing to do.

Why do we see it as selfish to take care of ourselves first in other situations?

How many times in life do we NOT rescue ourselves first? How often do we NOT protect ourselves from another human being and end up going down with them?

Putting on YOUR Oxygen Mask First

When on a plane we are always taught the safety rules before taking off. Admittedly I don’t often pay complete attention, however one thing I do remember is that we need to put on our mask before putting on someone else’s. Why? Because we need to make sure we are safe and taken care of before we can help someone else.

We are unable to help others unless we are in a place of true strength. This is a rule in rescue situations — so why don’t we apply that same rule to our lives?

If we put on someone else’s oxygen mask first and leave orselves in a place of vulnerability we may end up being so depleted of ‘oxygen’ that we aren’t able to really help that other person.

If we aren’t healthy and strong how can we be there for others?

How many additional people could we help with their oxygen masks if we are wearing ours?

We have the potential to help SO MANY if we are in a place of strength.

I went through some leadership development seminars this past year and many of the experiential activities focused on how we show up in life.

One particular exercise (which was extreely intense) involved actually voting for yourself in order to “live” and this was explicitly explained beforehand.

We were told that we could vote for others in the group, however we ABSOLUTELY HAD TO VOTE FOR OURSELF in order to survive.

So you would naturally think that everyone would vote for themselves right?

The subconscious kicks in during the game and people actually don’t vote for themselves. They end up giving away all their votes and don’t save #1.

Over half the people in the game normally don’t vote for themselves at all, let alone first.

I got so many votes from others, but did not vote for me — so I died.

It was awful — emotional and eye opening.

I learned a lot from this.

It was such an interesting parallel to life — when I don’t vote for myself I don’t survive.

Yes this was a game, however the lesson that ht me so hard was that I needed to vote for myself first and then for others.

When I voted for Me I could move forward and be healthy and alive.

So I took this into my life.

Recently I have been in a real life situation that involved voting for myself first. Even as a pretty confident woman, this was very hard.

I cast my vote for me, which meant I was able to be strong and courageous.

I voted for me and in doing that I wasn’t able to rescue someone else.

It was extremeyly difficult because I am naturally a rescuer.

And I neede to put myself first in order to “survive”.

In choosing to vote for me, I have become a better human being all around. I am stronger for my family and close friends and when I go out into the world I am better for everyone.

I don’t feel spread too thin. I’m not stuck in a negative cycle that doesn’t serve me and I know that I am better able to support and help others when I am filled up with confidence and love.

Don’t let me convince you that it’s always easy to put yourself first because it isn’t.

Many belief systems we have tell us to put THEM first and this is simply not the way to do things in order to thrive.

In order to be the best you can be, you NEED to put yourself first.

If you consistently puts others’ needs before yours, thinking that it’s an unselfish act and that you are really helping them, know that it’s so much more about you than them.

We get off on helping people because it makes us feel good.

And that is simply not enough.

We need to feel good because we put our true needs first — knowing our worth and what we truly deserve.

So consider an alternative.

Save yourself from drowning.

Put on YOUR OWN OXYGEN MASK before someone else’s.

Know your worth and fill your own bucket.

This is not selfish — it is actually extremely unselfish because as you become full you will able to help fill the people around you.

When you operate from a place of depletion, you cannot fully give to others.

It’s simple shift and one that may be difficult to grasp at first.

Try it on for awhile and see how much your life changes for the better.

And as you put yourself first you create space for others to do the same — it provides strength to them.

You empower people by empowering yourself. 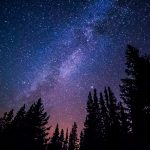 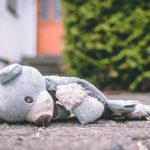